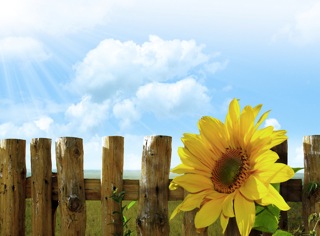 This week features a series titled: “DSLR Filmmaking & Lenses: What You Should Know Now,” a series of blog posts explaining the importance and benefits of specific types of camera lenses (ultra wide, wide, normal, portrait, telephoto) by contributor Jeff Bauer

A normal angle lens is considered to be any lens with a focal length similar or slightly greater than the size of the film or digital sensor in the camera body (35mm – 70mm). Falling in-between a wide angle lens and a portrait lens, this “normal” or “natural” field of view is consistent with what the human eye perceives. The perspective created is usually attractive to the average person because it’s the closest to emulating the look and feel of every day life, while not appearing overly compressed or expanded.
A couple of great things about normal angle lenses is that they tend to be faster (aperture) and on average more affordable than any other lens type. This is why most photographers and DSLR filmmakers carry 35mm and 50mm lenses, swear by them time and time again. With a constant aperture usually at f1.8 or lower, these lenses instantly become your best tool when filming in low light situations. Since camera shutter is normally set to 50 or 60 (depending on 24fps or 30fps) for filming, we can’t get more light to the sensor without some very strobe-like effects. Having a fast lens can extremely useful, especially when trying to draw in every bit of detail without having to bump up ISO.
Most lenses tend to be “soft” when aperture is “open” or at its’ fastest speed, and unfortunately with these lenses, it’s no different. Only until you start closing the aperture down to around f5.6 are you going to get traditionally sharp images.  However, “soft” doesn’t always mean “bad.” Since DSLR’s have large sensors, they are able to pick up lots of detail, but sometimes you aren’t going to want perfection because it looks too real. Think of it this way, do you want to really be able to see the actress’s make up and all her pores, or so you want a nice soft glow that seems to radiate around her?
Depth of field plays an important role here as well. The smaller the f-stop, the shallower the depth of field becomes, so when framing a shot, thinking about what should be in focus and out of focus becomes less creative and more technical. When you close the aperture, more of the image starts coming into focus, so unless you want a very small area in focus, having the super fast lens isn’t as useful.
One of the major downsides attributed to these lenses though, is build quality, and it varies considerably. For example, Canon sells a brand new EF 50mm f1.8 for about $100. This seems like a really good deal considering the speed and low price. But when you look at their L Series 50mm f1.2, it’s normally $2600! Not exactly cheap from an independent filmmaker’s standpoint.
I have personally always liked the look of these lenses. They aren’t as flashy and unique as a wide angle, or as dreamy as a telephoto, but they give you the perception that the camera is you, that you’re looking out at those characters yourself, that you are there, experiencing everything they are. For that reason, normal angle lenses, when used appropriately, have the most power to truly connect people with your story and the world you create.
Next – Part IV: Portrait Lens