We tracked down The Association’s president Fletcher Murray (OK, he was in the next room) and talked to him about his life’s work and dedication to the Canon Boot Camp. 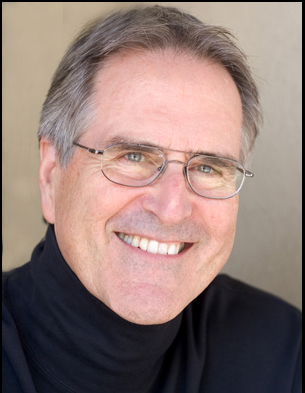 I’m the president, director, and producer here at The Association. I started out as a still photographer and then as a DP. I love imagery, and at the root of everything, I love to communicate with pictures.

When did you become interested in film what was your first film job?

Well, I made my first film when I was eight-years-old. My career turned upwards in college when I did two films… one the first year and it won a festival. I made another one the second year and it won, too.  A producer from ABC saw the film festival results and was intrigued, and thought that he could improve their tv ratings. At the time [ABC news] was ranked number two in the market and they wanted to go for number one. They thought that if they put an interesting little piece at the end of the news each night it would draw more viewers than just more of the same format.

So I was hired to be sort of an Ansel Adams, film student, Charles Kuralt, film guy [laughs].  And so my only directive was “Go shoot cool, unusual stuff and we’ll put it on the news and see how it works.” For example, I would shoot slow motion shorts of  kids running in the park in the fall with a telephoto lens, playing in the leaves. I would interview toy makers and people who collected historic guitars, human interest stories like that. They pretty much gave me free reign, so I really liked it there.

What is your favorite camera?

I love the Canon HDSLR 5D because it puts so much in your hands for twenty-five hundred dollars. Plus you don’t have to buy film, you don’t have to pay for the processing or the telecine. It can see in low light, which is a lifesaver. The magic things in life happen in areas that aren’t professionally lit by a gaffer, so with a camera this light sensitive, you can come closer to the reality of life. The Canon 5D can shoot up to 1200 ISO. You can shoot fast and the actors are fresh (because they don’t have to wait for the lighting guy to deliver). So it’s made it very magical. You can shoot almost as fast as you can think.

What is the most exciting project you’ve ever done or worked on?

So we had six camera crews, I shot the helicopter stuff. We were flying very fast, very low. It was probably my best work. It actually got funding for a movie that was made with Nicolas Cage. He used the piece that I shot for the helicopter company, so that was exciting.

What’s so great about the association’s canon boot camp?

Well, there is a fundamental difference between the way we teach and the way a college professor teaches. With a college professor it’s mainly lecture. You just sit and listen for 50 minutes, you may get a chance to ask a question or two, but it’s kind of all about him or her. We assume everyone here wants to learn a skill. The reason people take our boot camp is that they want to be able to pull off a shoot on their own. It’s not about me, the presenter, unless I have a story that applies to what we’re trying to teach them. Our main purpose is to empower them to make their movie and not screw up [laughs]. So it’s all about them, it’s about their questions; it’s about their confusions. Most people I see doing those sixty-minute PowerPoint shows don’t even look at the audience. The people could be asleep, yawning, totally baffled, lost, and the presenter just steams forward with their show. We have three or four people who are trained in the cameras and ready to answer any questions that people have. As soon as a person hits a point when their lost we get them back on track. Also, we ask our students to demonstrate what they were just told. We want them to be able to apply their knowledge in the real world. The boot camp is all about the student; we’re just here to help.