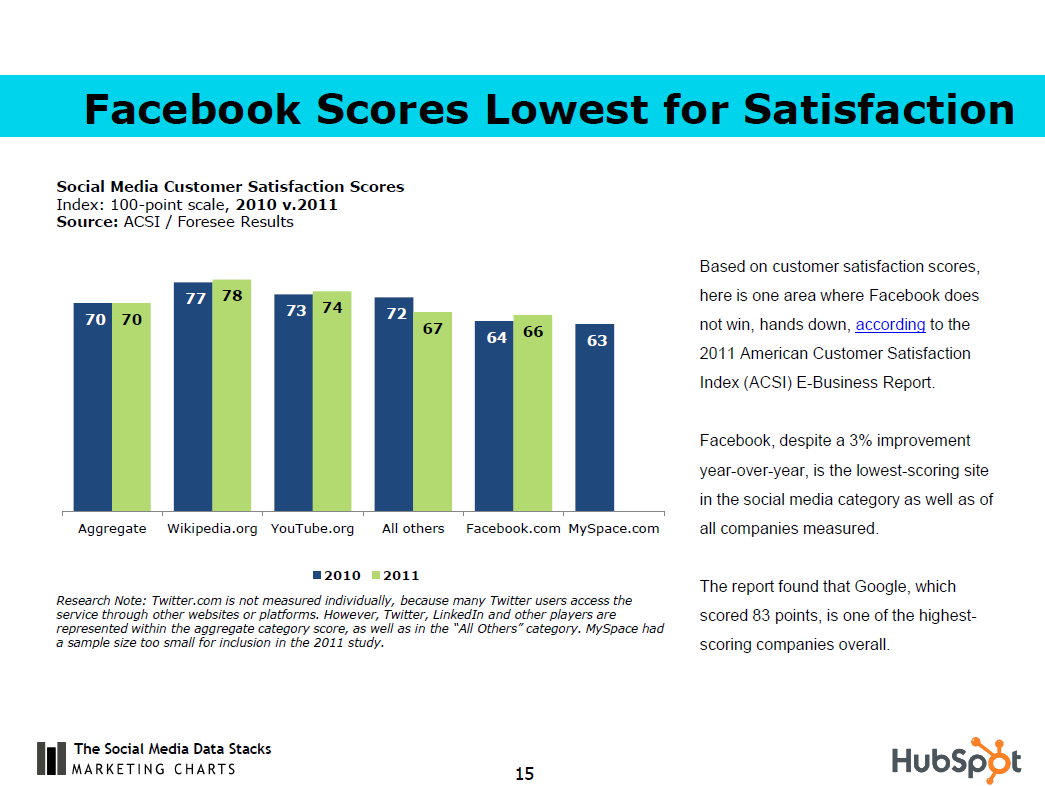 A “Face Off” is a open competition or confrontation.

Every year the American Customer Satisfaction Index (ACSI), an organization that measures and scores companies of all kinds across 10 economic sectors (including governmental) scores Facebook and Google (along with many others) on how happy their customers are. Amazingly, Facebook scores among the lowest (bottom 6%).  Even though Facebook is clearly the social network of choice by sheer size.

So does Facebook have any real competition? Only time will tell. No one thought My Space was going to go anywhere, but it’s a faint memory after being crushed by Facebook, LinkedIn and Twitter. Anything’s possible. But the current contender is definitely Google+.  I suspect that because of this competition, Facebook has been making sweeping changes to solidify their current holdings by improving their Business Pages and making it easier for businesses to tell their story online in a visually pleasing way. While it’s true that people generally resist any change, personally I find the improved interface for Page Admins to be much nicer and easier to understand.

Google has very high ACSI scores (it maintains a score in the 80′s) and if Google+ were to take down Facebook a notch or two, it’s probably going to be because of their focus on customer experience. On the other hand, they have yet to nail the social network aspect despite several attempts. So it’s going to be an interesting year to see who takes the lead. Many people, even older generations, have become somewhat familiar with Facebook while Google+ is still a new (and quite different) experience for the less savvy user. It may be a couple of years yet before Google+ is broadly adopted by consumers. Probably business owners incorporating Google+ into their corporate social media plans will be more proactive in getting on board.

What’s your take? Do you prefer Facebook over Google+? If so, why?