If you’ve even been in a movie theater and heard the screaming that erupts with an out of focus picture on the screen you’ll know that being out of focus is the most objectionable thing to the audience. And it’s something that is the nemesis of the filmmaker. You’ve got a great performance and you look at the monitor and it’s out of focus and you just want to KILL. Well, those days are over for those who are okay shooting on Canon’s Super 35-sized 70D.

Being out of focus is the big career-ending flaw for a cinematographer.  Canon has taken a huge leap forward by enabling the 70D to find and track focus for you.  For my tests it was spot on 9 out of ten times.  Not only are there three main focusing choices. Canon also allows you to fine-tune these Auto Focus functions with three Custom Function AF settings – Tracking Sensitivity, Acceleration/declaration tracking, and how much you want the Autofocus to continue to try to find focus or would you rather it stop searching in tricky settings.

Also, the Autofocus during filming opens the door to something the DSLRs haven’t been able to do since Canon quit making most of their lenses capable of holding focus (ParFocal) throughout the zoom.   Now you can actually zoom on a shot and hold focus all the way in. Coincidentally, there is a product from Alzo “Smoothy Zoom-Focus Assist” which you can apply to the zoom ring of your Canon lens and achieve a pretty acceptable zoom if you’re steady on a tripod.  Or if you’re going to dissolve out before the zoom stumbles to a stop (you have to be REALLY good to smoothly come to a stop) you can shoot it handheld.   For $14. you can order two Smoothies.  If you have a decent lens you can pull off a nice zoom with it.  Here’s the link. 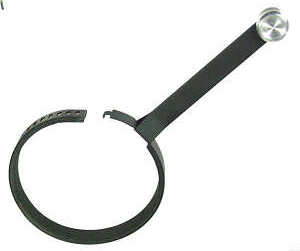 I did test the AutoFocusing, using both Canon’s STM (step motor) EFS 28 -135mm lens, and my own EF 70-200mm f/2.8L IS II USM. I’m happy to report that focusing took just under a second. Only twice did it rack focus back and forth to “find focus”.  That was in situations of a white bowl in front of a white wall with no definite edge.  But if there was anything in the shot that had an edge and a little contrast Canon’s AutoFocus would nail it without rolling back and forth and back and forth.

I also did tests in the heat of battle on a location shoot at Christmas filming a woman delivering presents to children whose parents wouldn’t be with them at Christmas.  You know how fast kids move around.  Hard to find focus.  But all I had to do was tap where the child came to a stop, then tap again when he moved, then tap when his mom spoke and tap when the spokesperson spoke.  It was a dream. (This video will soon be posted).

This ease and accuracy of focus was only a half second slower than the best focus puller I’ve worked with.  It was certainly better than when I pull focus when I’m handheld and I’m rolling film. In those situations, I find myself passing through the focus spot at least once before I come back to find the best focus spot.

So, all I need now is the 5D Mark IV to have this Auto Focus feature (and the fold out display) and it will be the best Christmas gift a filmmaker could ask for.