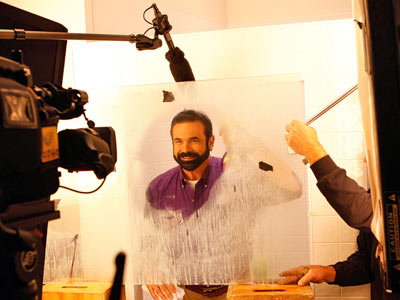 TV stations sell airtime – blocks of time usually in 30 or 60 second lengths. The airtime salesperson comes to work each day with a shelf full of air to sell somebody.  Now, you probably know how hard it is to find a new customer. Would you agree that the best scenario is for that new customer to return over and over again? Of course it would. That’s how you build your customer base.

TV stations are no different. They’d like to sell you lots of blocks of time…called airtime. But if you have a TV ad (or a TV spot as they call it) which worked well the first time and delivered 30 leads, you might only buy one time slot. That would be a bad thing. A good thing for the airtime salesperson would be if your TV spot produced fewer results over a longer period of time. In this way they’d have to buy one hundred time slots than just one or two.

In other words, if we made a TV spot for you that gives you 30 leads the very first time it runs, you might just be happy with that and take it off the air until you need thirty more leads.  But the airtime salesperson would prefer we produced an TV spot that only delivered 3 calls each time it ran.  That way he can sell you ten times more airtime.

There’s another villain in the piece.  Another person who also makes more money if your TV ad produces slowly rising results rather than produces a lot of leads right away.  We’ll reveal the villain in PART TWO.

Have you noticed TV ads that are “cool” but don’t really make you buy what they’re selling?  Send me your comments fletch@theassociation.tv We’ll tell you some reasons why ads like this keep running in PART TWO of this series.