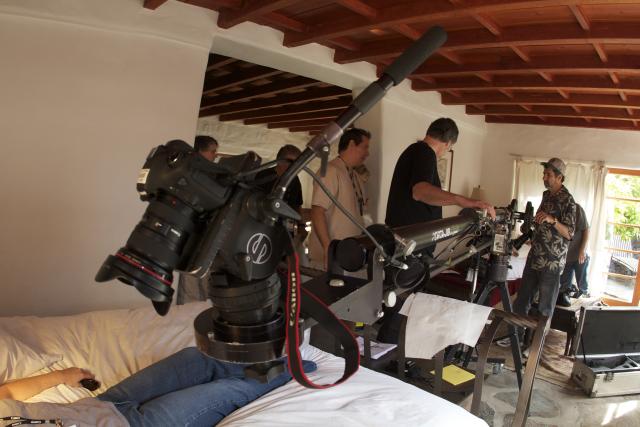 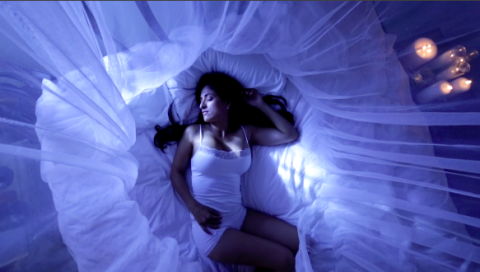 Fletch Murray’s world-renowned CineBootCamps guide you through hands-on drills to quickly familiarize you with the powerful Canon DSLR’s video-making capabilities.  Fletch and his team have trained over 400 students worldwide.  99% of the students rate the bootcamp as “More than I expected” or “Couldn’t ask for better”. 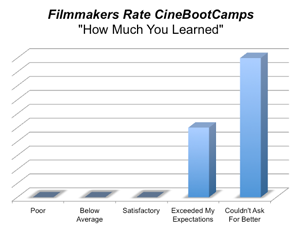 This is why the Palm Springs Photo Festival brought Fletch in as the video instructor. Fletch designed unique, hands-on workshops to escort still photographers over to the video side of the Canon DSLRs. (Fletch presented workshops for Brooks Institute and private training packages for the John Deere Corporation, Boeing and others.)

One film student commented that he learned more in two days at the CineBootCamps than he did in two months of film school.   Fletch moves through all the menu setups and key procedures to make your films look as cinematic as the episode of “House, M.D.” that Gayle Tattersall shot with the Canon 5D Mark II and 7D.

The key difference between Fletch’s CineBootCamps and other film training is that your questions come first and the curriculum is tailored to your needs and interests.  Fletch finds what’s holding back your filmmaking and frees your creativity that’s been stumbled by manuals that are hard-to-read, out-of-date or written by ivory tower bookworms.  And though Fletch has filmed in over 20 countries and won two Emmy awards he rarely talks about himself or his work unless it applies to a student’s question.

The CineBootCamps are about producing films. Not “talking about” production but producing something.  So, you have to shoot a short film to make sure you duplicate and can apply the key skills needed to make a professional-looking video.

Here is a behind the scenes link to the filming at last years 2013 Palm Springs Photo Festival.

It’s hard for a still photographer to step into the world of motion pictures. Aside from the new menu settings (hundreds of choices), there are new creative and mechanical aspects.

For three years, we’ve been training still photographers at the Palm Springs Photo Festival, Brooks, the California Photo Festival, and the CineBootCamps to shoot great video with their Canon DSLRs.

The differences between the still world and motion picture world are much more than still photographers yelling “Hold it”, and filmmakers yell, “Action”.

Here are the top seven:

1) Resolution - For a still photographer, telling them they’ll now be shooting at 2 megapixel resolution is like going back the Model T Ford.  But it’s true.  Video shoots at a disappointing 2k (for a 1920 by 1080 sized picture. That’s all TV does at the moment.) Of course, there are exceptions. You can achieve higher resolutions with the Canon 1D X or if you install the Magic Lantern software add-on. 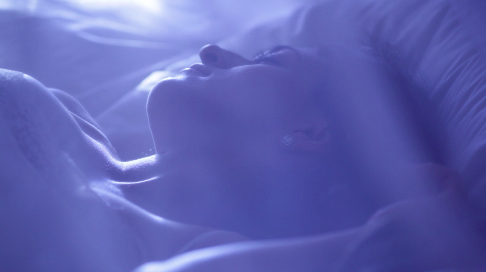 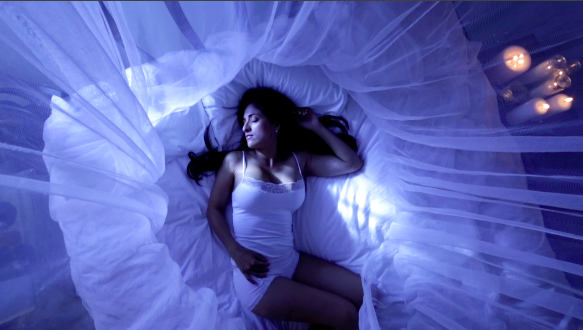 2) Creating a Flood of images - The motion picture audience will not be studying a single photograph for five minutes at a time.  (If they did they’d see how bad video’s resolution is.)  Luckily, the single frames fly past the viewer’s eye 24 frames per second (or higher) and their attention is hurried along from measuring resolution to following the story the pictures are telling. If the story’s great, the audience won’t care what the resolution is.  (We have hands-on drills to expand the story from a single image to a flow of three-act image scenarios.) 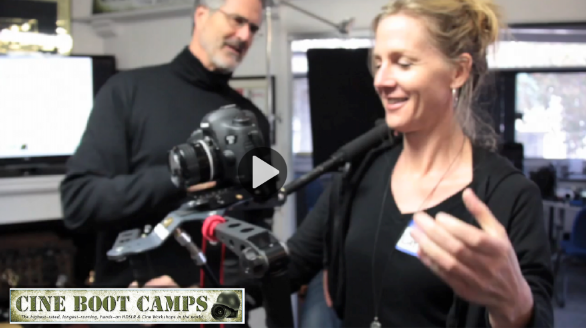 3) Camera Movement - Unfreeze your camera.  The upside here is that by moving the camera (on a dolly, or a slider, or a jib) one can bring the third dimension (depth) to the image. This brings the audience into the picture, establishing three-dimensional space. Something stills can’t do (unless you’re shooting 3D).  Often our still photographers will video our model from just one spot, as if they are still shooting stills.

(We invite them to unfreeze and move to different angles).

4) Actor/Model Movement - You get to “unfreeze” your model in video….expand “the Pose” into a flow.  Still models tend to freeze in a pose.  Now they have to flow.  You have to determine where a sequence begins and ends. Then, you have to build sequences to blend together to move a story along. (We also have drills to help you unfreeze your creative mind.) 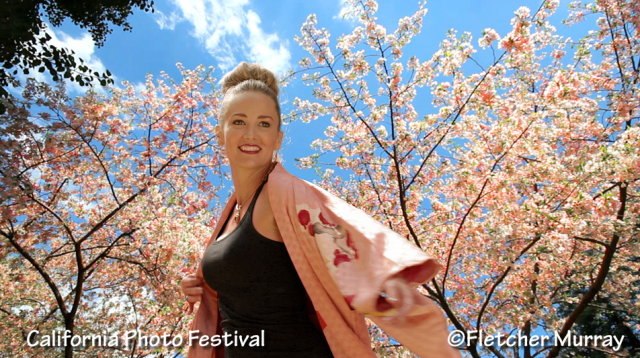 5) Time - In still photography you’re freezing time. In motion pictures you’re capturing a flow of still moments to be reborn later when played back. You could say you’re capturing the 4th dimension – time. And again, you have to determine what happens over this timespan…in each scene as well as the whole movie.  Before you just wanted an instant. Now you’re creating a communication that captures days. (We have drills to expand from a moment to a flow that captures the passage of time.)

6) Light - Still photographers set the light for one angle, one frame, one millisecond.  Canon HDSLR motion picture photographers set the light according to the opening position camera will be in. Then, set the light for the ending position the camera will be in. Then, check that the middle of the camera move doesn’t get any flare from light sources (which is one of the reasons you see those matte boxes on the camera lens).  And again, these are different lights…continual illumination, not flash.

7) Group Create - The camera operator moves from the still world (where they and the model are in a one on one situation), to a world of creative filming as a group, which can add a dolly grip (someone to push the dolly), a focus puller, a gaffer to handle the lights, a person capturing audio, and a clapboard person.  It’s like moving from playing golf to playing basketball.  Of course for smaller video shoots the camera person may have to wear most of those hats. 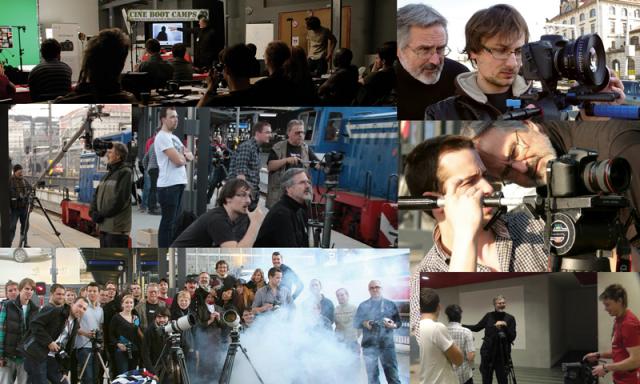 There are many more nuances in the transition from stills to video.  At the Palm Springs Photo Festival we offer two workshops – Basic Video and Advanced Video techniques.   It’s fun to watch still photographers melt from the frozen world of stills to the swarthy, lo-res, 24 frames per second fluid world of motion pictures.

(Click Here to register for the Palm Springs Photo Festival, April 28 0 May 2. 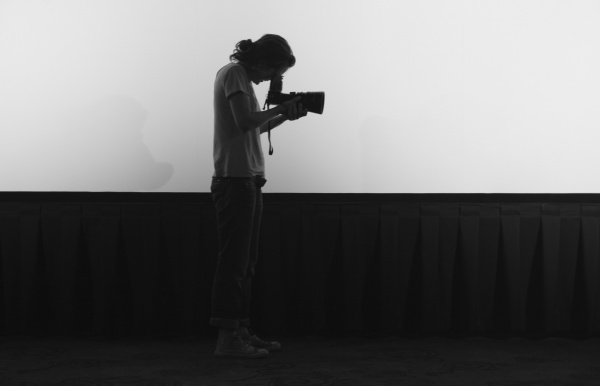 The ASC’s Rising Star, Polly Morgan, will be on the Canon Boot Camp team during our March stint in Prague. Polly’s years of HDSLR experience are a welcome addition! She has worked many, many productions across the globe, and has been mentored and taught by some of the best pros in the industry.

Polly’s career started with Ridley Scott Productions in London, working on commercial productions and feature films with cinematographers such as Haris Zambarloukos, BSC; Caleb Deshanel, ASC; Bojan Bazell, ASC and Dan Mindel. She also trained at the American Film Institute Conservatory, receiving invaluable training from some of the world’s best: 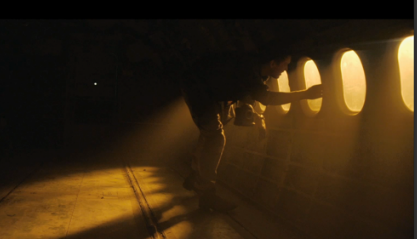 More recently, Polly worked with Wally Pfister, ASC on Inception as well as other well known projects. Feature films she has contributed to include V for Vendetta, Hairspray and National Treasure.

But what really interests us from the Canon perspective, is the work she has done using the Canon C300, such as the narrative short “Mobius” directed by Vincent Leforet, and numerous DSLR commercial productions shot with the Canon DSLR 5D, such as “Sonova Surfboards” and “Pepsi Lost Dog.” Then there’s the music videos. So it’s with great enthusiasm that we receive her in Prague for the boot camp!

Those interested in joining us can get an application online but best to hurry, as there is a limited number of students allowed for each class. We’ll be delivering 2 Pro Level I Classes (the basics), each followed the next day by Pro Level II (hands on filming). For more information about the Prague Boot Camp, click HERE.