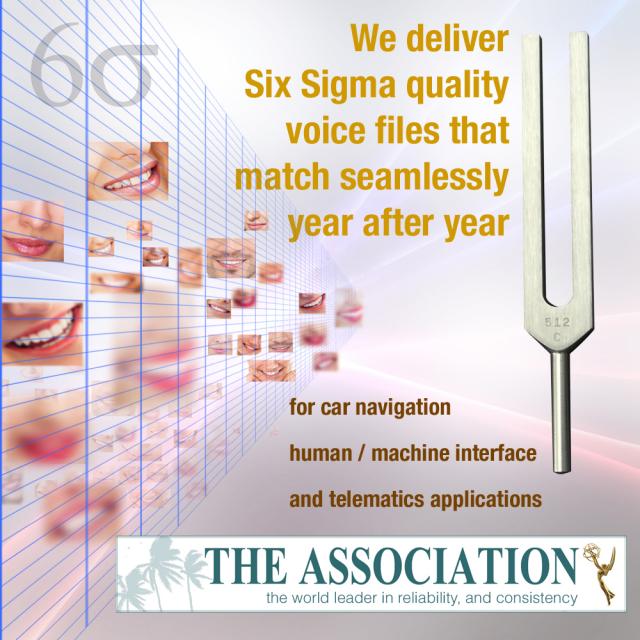 We take many additional steps beyond the standard sound studio in recording our voice files. It’s part of our Six Sigma standard of excellence here at The Association.

How many? Well, when I listed them out I saw that we take 25 additional steps to make sure voice files remain error free over the years as you build your “voice tree.”  Other digital media producers and recording studios might just record what you send them using any available resources without a thought about the sustainability of the project in the years to come.

To create our six sigma approach, we listed all the ways a voice tree can have errors introduced into it and designed our production line to eliminate all of them. Here are the 25 major measures we put in place.

Until recently, it may have worked for a company to just wing it in how they record voice files. But now with the NHTSA proposed guidelines for the driver to have a distraction-free environment, it becomes more important to have voice files be as defect free as the rest of the parts that go in to a vehicle.  Contact us today to find out how to integreate our Six Sigma quality digital audio productions into your processes.